On Sunday, Certitude's Bishnu and Rose, and supporter Meg, laced up their running shoes and tackled the Ealing Half Marathon.

Despite the grey weather, their bright yellow Certitude tops brightened the day, as they ran round the 13.1 mile course.

“I was really delighted to join the run,” said Bishnu. “Although, I wasn’t completely fit for the run this year, and was on medication for the last few weeks, as soon as I saw the support and cheers from colleagues around I was so energised and couldn’t stop running.”

“The atmosphere at all time was phenomenal. Cheers from the huge number of supporters, local people and volunteers alongside the track was outstanding. It took me 2 hours 44 minutes to complete the run.”

“I have so far raised £290 on my JustGiving page and expect some more to come over the next couple of days!”

“I would like to thank the Comms and Fundraising Teams for their effort and support on the day of the event. I would also like to thank everyone who has contributed on to my page.”

Yara Alafandi, Community and Fundrasing Officer, who was on the sidelines cheering our runners on said the day was a fantastic effort by everyone involved.

“Our runners did very well and raised over £700 for Certitude. It was also really nice to see other staff members on the day cheering our runners. It made a real difference in the atmosphere and encouraged them quite a lot.” 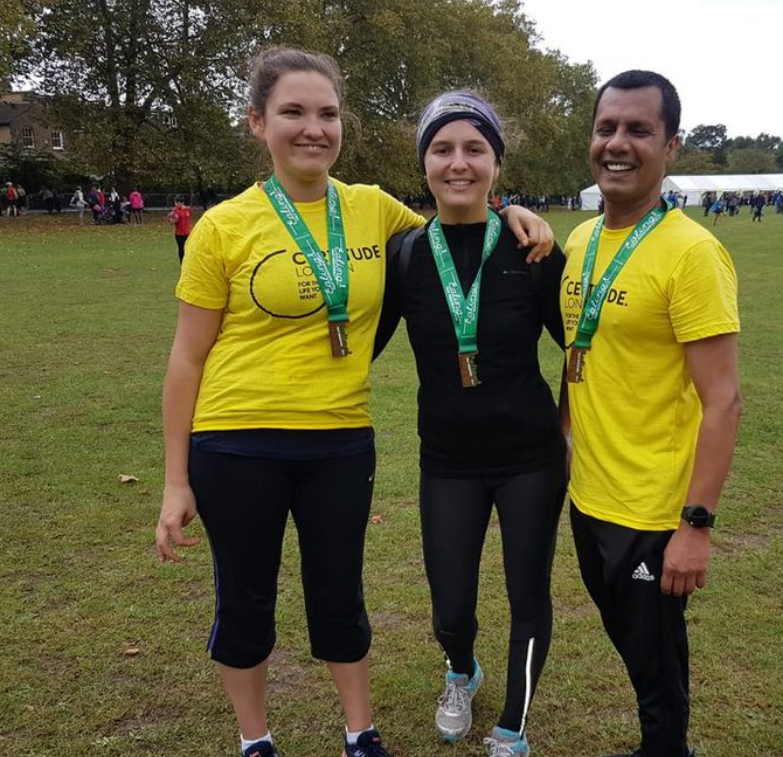 The Living Well Network Alliance (the Alliance) has released its first progress report.  The Alliance is a collaboration between five organisations: Certitude and Thames Reach

For the second year running, Certitude is delighted to have supported the Bloody Awesome Parents (BAPs) Awards recognising the achievements in community support. Working across