I’ve been living in Brixton for over 20 years. Every Tuesday I do the Connected words workshop with Connect and Do. We experiment with loads of writing – poems, short stories, and different writing techniques.

I recently met Jake and others, from Connect and Do, in real life for the first time as we’d mainly been meeting for workshops online during the pandemic. But I met them in person at an Art in the Park session. I’m quite a creative person and enjoy exploring different activities. I was initially doing the 20/20 project with The Young Vic in March 2020. It was meant to be a play, but after lockdown started it was turned into a film. That led to me joining Connected Words in 2020, then art classes and Art in the Parc.

With Connected words we work on a different topic for 2-3 weeks, this last week we’ve been working on connecting to the page. Just writing things down for 20-minute bursts. Mine were bits of rants about things I was thinking about in my life, on the radio or in the news. It can be a good way of expressing your feelings. I do write longer things too.

Since 2016, I’ve been writing about a secret agent character I created called Dean Marshall. I also volunteer for mosaic clubhouse as a member and have written 6 short stories with instalments which have been published in their newsletter called “In the Mo”. I’m now starting to create an expanded adventure into a short novel. I’m always thinking of new ideas. I’d previously written an idea for a TV series based on a detective called Lucy. I then explored the character further to get her and Dean Marshall to meet in one of my previous short stories and now her story has become a separate series of adventures.

I love detective and spy novels. I’ve just finished reading a Jack Reacher book by Lee Childs and I also listen to podcasts about spy stories.
I tend to start my stories by brainstorming ideas and then see where it takes me and do more research if I need to. Once I was writing a story that was about the protection duty for the queen where I researched the commonwealth.

I’ve also written a children’s book about Terry the monkey. I wrote it for my cousins. I used to tell my brother stories about animals, so it just came from that and I did a little bit about it on a children’s radio show with children’s music.

I still do my own podcasts and radio show on Spreaker called Pixel FM.  I set it up in 2020. At the moment I’m doing a regular feature where I review different albums from people’s suggestions.

My favourite so far has been the Alt-J album, but I have really varied tastes in music, sometimes I like a bit of jazz, some pop rock and I really like discovering 80s and 90s music from before I was born.

As well as attracting more listeners and getting a new digital mixer and microphone, I’m always looking for DJs or artists that I can interview or feature on the show.

And I’m still working on the next Dean Marshall novel, so I’m going to really push for that to be published this year. 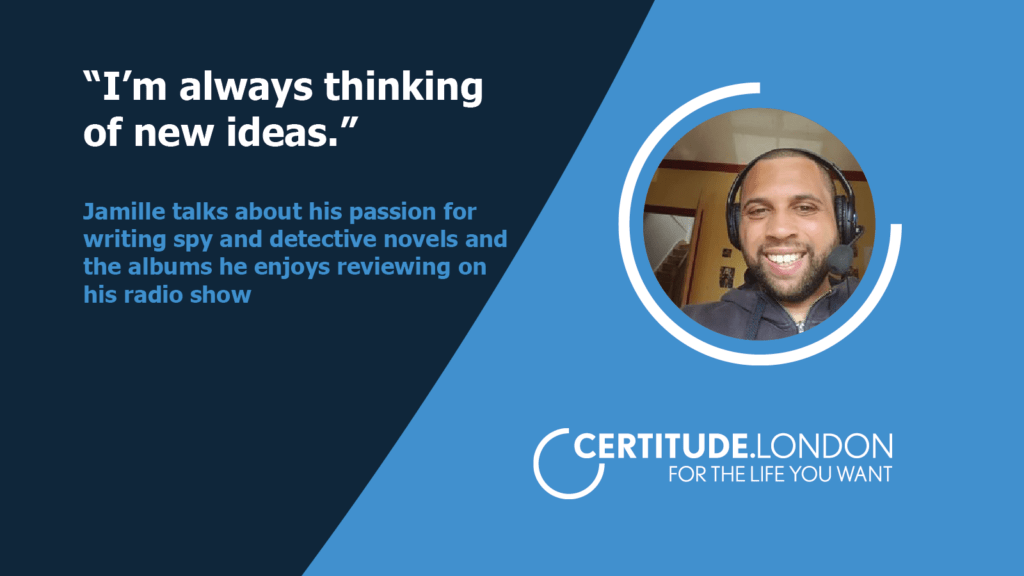