Join the team at Certitude

Are you looking for a career with the satisfaction of knowing you’ve made a positive difference to someone’s life? We are always looking for ambitious people to join our growing teams across London.

For many roles, experience is not essential – we are looking for people who are committed to supporting people to live the life they want.

With extensive training and development programmes, excellent benefits and lots of opportunities for career development, joining Certitude could see you achieve your dreams while helping others fulfil theirs.

View all current vacancies at Certitude

Our support workers help people with learning disabilities, autism and mental health support needs to live their lives in the most fulfilling way possible. As a support worker, you will:

No two days are the same

As a support worker, no two days are the same. You might find yourself working in a variety of settings such as a people’s own homes, out in the community or registered care homes. You will also need to be prepared to work flexibly over a seven-day period.

Our full time support workers positions work 37.5 hours a week. Because people don’t just need support Monday-Friday or during “office hours”, your work pattern may include working at the weekend and there can be a range of start and finish times to meet the needs of people you are supporting, for example, working from 8am-3pm or from 2pm-10pm. 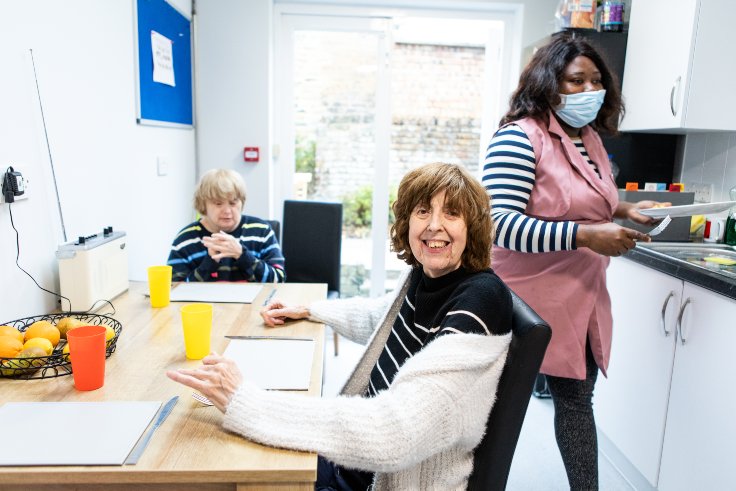 “My passion has always been to help others. The prospect of helping people we support to make positive changes, impact and development in their lives felt like a perfect match.

I really enjoy building rapport with people we support, their families and colleagues. And, no two days are the same which is great for learning.”

As a support worker, you’ll never be bored. While the role of support worker is a wide-ranging role, it is one that you will find incredibly rewarding and provides a career pathway. There is the opportunity to complete qualifications in health and social care or a support worker role can give you the experience to move into another area of social care, the NHS or into management.

What qualities do we look for?

The qualities we look for in a support worker:

“When I left university, I applied for a range of jobs and was offered a support worker role. I still remember the day I started – I had no idea of what to expect or who I would be supporting. The five people – who had learning disabilities and were living together after years of being in long stay hospitals – I met that day supported me as much as I supported them and set me on a career path I hadn’t in any way expected.

Within 18 months I became a Senior Support Worker and six months later a house manager. Within eight years I was a Director and part of Certitude’s Leadership Team.

When I became a support worker, I didn’t really think about what my career plan would be. I just went along for the ride and loved every minute of it. The people I have met and supported along the way have truly shaped my life – and given me a career pathway I could never have envisaged.

Thinking big, better and aiming high for people I supported, I think in turn had the same impact for me. My oldest son recently asked how I got to the level I have. I told him that I don’t know! What I do know is that when you have a job that makes you feel happy, that you enjoy and that you are constantly learning from – and that you get paid for the privilege – that is the best possible job to have!

There are so many opportunities in social care but the experience of supporting people to live good lives, to spend your time with people who matter to you, who you learn from, who you enjoy being with and who make life fun and meaningful. Seriously, what could be better?”

View all current vacancies at Certitude